Jacob Hansen is a Danish producer who has worked with bands such as Volbeat, Amaranthe, The Black Dahlia Murder, Doro, Aborted, Primal Fear, Epica, Tyr, and many more. He works out of his own studio in Ribe, Denmark. We spoke about how he got started, how old gear is built like a tank, how musicians have lost the art of “nailing it”, why you shouldn’t rush to buy all the gear at first, and what new producers shouldn’t be cheap with.

1. What was the thing that got you into Music Production?

– I really don’t know, but I feel like it started way way back when I was a kid. I loved to get up early in the morning and throw on my fathers headphones and sit with his turntable and Beatles records. I think this was my first music experience, really. When I was about 10 I discovered Electric Light Orchestra, and that special sound that Jeff Lynne does really triggered something in me. It had someting special, and I started to visualise how things were done. I didn’t know anything, so I just experimented with tape recorders and such, but when I was in my late teens, I borrowed a 4-track Tascam tape recorder, and I started making my own multitrack recordings. That blew my mind, and I think that led straight to where I am now.

2. What’s your stance on the digital vs analog battle?

– I don’t have any opinions about this, really. To me, it’s like religion. You can discuss and argue, but at the end of the day, whatever works for you or the project is what I’ll choose. I started with 2” and 1” tape machines, and I like it. It’s nostalgia in some way, however, things started to really go the right way when I started using Protools, as the possibilities were endless. There are so many things that can be done with that compared to tape machines, for instance, and I think nowadays the speed of the session is extremely important. The budgets don’t work well for using tape anymore. At least not for me.

I do use a lot of old analogue gear, though. All my pre-amps, for instance, are from the 60’s and 70’s. A lot of German broadcast gear, which sounds great and won’t ever stop working. Built like tanks, haha! Same with my mics. I don’t think I have anything that’s been manufactured later than ’85.
3. Do you think one day software, emulation-hardware etc will surpass the real thing?

– I can’t say that. We’ve come a long way already. I feel like there are some things that analogue processors add that can be hard to emulate. But digital recording is still fairly new compared to analogue recording which is nearly 100 years old, so who knows…

4. How do you see the current Music Production scene? The pros the cons, what we might be missing/what we could improve?

– It seems like there’s this basic knowledge missing of how you get a great source. There are so many plug-ins and systems that are made to fix things. I wish the “kids” that start working with recording would all learn the basics of miking a good drum kit and getting things as good as possible. It seems like it’s a matter of time before a lot of that knowledge is gonna die together with the great engineers and producers of the 60’s and 70’s. And I’m also afraid of things starting to sound too similar because everyone’s using the same gear, which is mainly plug-ins these days. It’s not keeping me awake at night, but I loved when every studio had its sound back in the days, because of the gear that was in the studio. It would color the recordings and mixes in ways that doesn’t happen today, really. However, there are killer mixers out there who’s implementing gear in ways that make them sound unique. That’s a good thing.

Secondly, I feel like many musicians these days are aware of the fact that things can be “fixed in protools” rather than nailing it. Thats’ a slippery slope that began in the mid 2000’s, I think. Sometimes bands have no idea about the song they’re playing. They just record bits and pieces and fix it later. Crazy times. (I start sounding like an old fart)
5. What’s the latest piece of gear (hardware/software) that made you go bananas?

– A few years back I wanted to get a Neve pre just to know if the hype was real, and I bought a hand-made dual vintage pre amp from a guy in New York. That totally blew me away, and my drums started sounding SO much better. I couldn’t believe it. That said, upgrading to Protools 12 also made me happy, haha! Things are so much faster now, which is important. Time is so important these days.

6. Let’s say we could get the brightest of the brightest and smartest of the smartest to come up with a piece of gear (software/hardware) and it could eliminate one annoying thing, what would it be (could be audio or anything, physically impossible or possible)?

– The first thing I can think of is digitally controlling inserted hardware gear. Imagine if you put either motorised pots or just an interface that can control VCA’s in a hardware compressor or EQ, so you could have total recall on your inserts in Protools. That would change the way I mix. I think Tegeler in Germany have something similar going on one of their machines. I mean, that is the only reason I don’t insert too many things on my mixes, really. To have total recall. Imagine doing this, even retrofitting, to an SSL console and implementing Protools control…!

7. If you could give one piece of advice to a young starting home-studio producer, what would it be?

– Don’t spend too much money on gear at first. When I started out, I bought so much hardware that ended up being obsolete after a couple of years as Protools grew stronger and stronger. That cost me a lot of money and grief. Buy a good DAW and a couple of monitors and get to know both in depth. That’s gonna serve you well.

8. If you could go back in time to remix/master/record one album, what would it be? (Can be your own production or someone elses production)

– That’s a tough one, although a good question! I think there are some albums out there which deserved a better production. Just because they have great songs, but terrible sound. But there is something about just leaving it and accepting how it sounded back then. There are some albums on which I was a musician that I’d like to re-mix for my own pleasure, but seriously, it wouldn’t be the same anymore. I mean, the sound that it has, being good or bad, is how it was supposed to be at that time. So I’ll leave it.

9. How do you stay healthy during recording process? Exercises? Diets? Things to avoid? Things to remember?

– I started eating healthy at a time where I felt like sessions were killing me and I would get angry and easily annoyed. I realised eating healthier really helped. The sessions go so much easier now. Also, when I mix, I tend to take a power nap (when the weather is OK, it’ll be outside) – just 18-20 minutes to clear my head and recharge. Sometimes I also take a long walk. It’s great for recharging.

When I mix, I also mix at rather low volumes to not burn myself out, and I only work 8 hours a day, tops. I hardly ever take longer sessions, as I feel like it’ll just make the next day shorter and worse.
10. What’s the 1 item that a new producers shouldn’t be cheap with?
– Your DAW. I can’t believe how expensive a great rig is, but its SO worth it! Don’t be cheap with your DAW, kids.

Wrathrone delivers a heavy dose of old school death metal with their own spices. The... 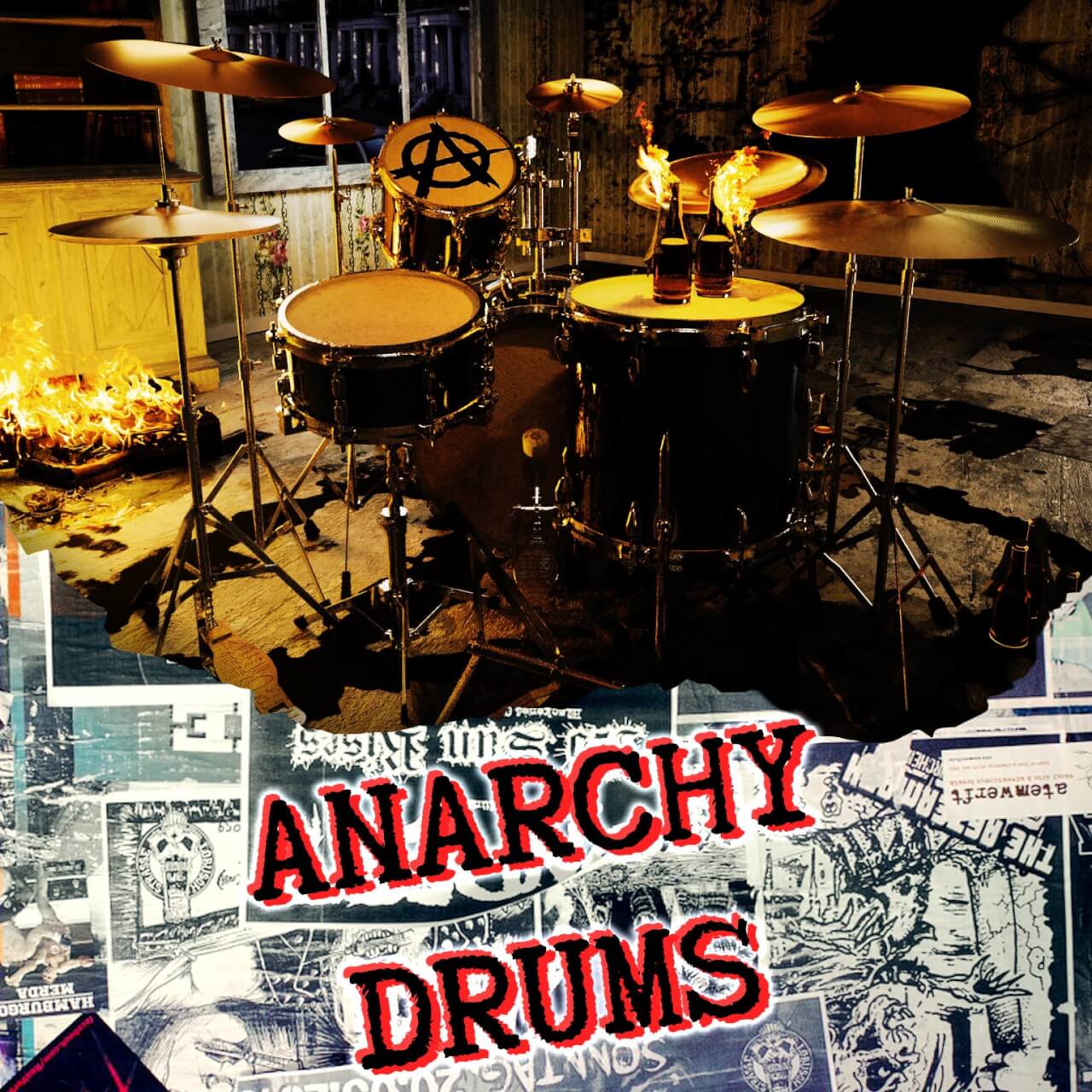